Makers Local got the chassis for the Remote Control Lawnmower motorized and running around the shop on Tuesday.

Watch the Calendar and the project wiki page for details.

They took first place in the Hackerspaces in Space Competition! 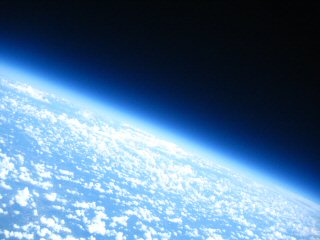 2010-06-14
By: Jeff Cotten
Makers Ethan, Satyam, and Rohan were able to go on a test flight with Bill Brown, and test out their payload for the HSIS Competition.
It turned out that the payloads had dropped into a woman’s backyard off of Donna Avenue right next to her cathouse. She has a large outbuilding and fence covering about a good portion of her yard as a cat sanctuary for two wild cats that she didn’t want roaming the neighborhood after she moved to the city from the country. Her cat “Tom” seemed particularly interested in the buzzing ozonesonde sitting right next to his fenced in sanctuary…..photo of the landing site (myself and the Makers 256 team holding the payloads). The Makers 256 club is participating in a competition called Hacker Spaces in Space to take photos in Near Space as economically as possible.
You meet some interesting people when you drop things on them from 20 miles up.
~Bill Brown 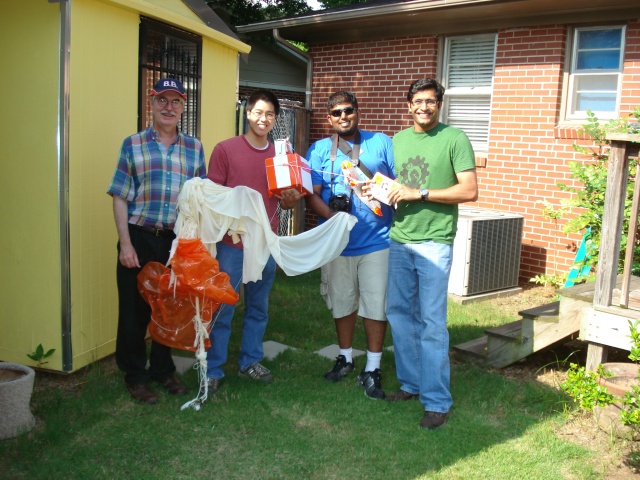 Last night Ethan Chew demonstrated the electrolysis contraption he created, using an article from Make Magazine as his inspiration.  Below are some pictures of he and Justin igniting some of the Hydrogen bubbles that were formed. 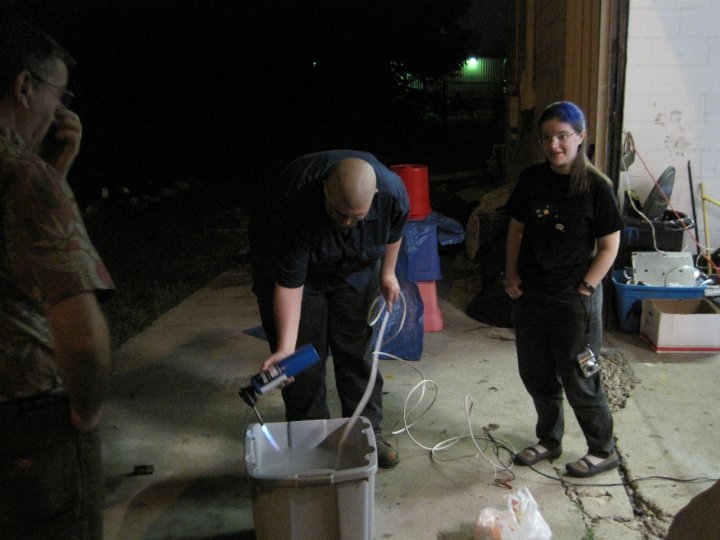 Appearing in this picture is Ratmandu, deftly defending us against the encroaching flammable bubbles.  Bokunenjin from the HacDC hackerspace was also able to join us for the experiment!

Fun With Hydrogen 1 of 2

Fun with Hydrogen 2 of 2

We couldn’t have asked for better weather this past Saturday at Makers Local.  Round about 6AM makers came together to impale Harry Plopper onto his spit, preparing him for the slow cooking he would endure throughout the day.

Preaux goes Lord of the Flies on the pig.

More pictures of the event can be found here: