There is a very popular Sci-Fi TV show called Doctor Who. The main character of the TV show is "The Doctor". The Doctor travels all of time and space in the TARDIS or the Time And Relative Diminsion In Space.

There is also a very popular Sci-Fi convention in Atlanta, GA called Dragon*Con that I like to attend every year. For Dragon*Con 2012, I decided that I wanted to carry my everyday items around in a TARDIS. So this is the process I went through to create my TARDIS backpack.

I decided that sewing a backpack together would be to hard. So I decided to make one out of plexiglass.

The first thing I did was decide how big I wanted to backpack to be. I created 5 squares: 1 for the bottom, 2 for the sides, and 2 for the front and back in Inkscape. I then cut the plexiglass with our 40 Watt Laser Cutter. I taped the 5 pieces together to form the main part of the TARDIS. 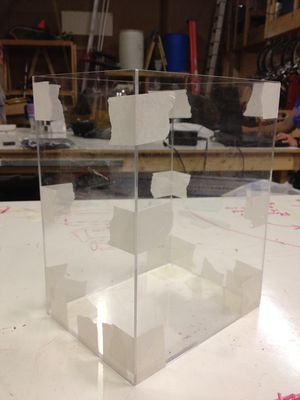 Once the box was taped together I used acrylic glue to glue it together. The box dried for 24 hours and then the tape was removed.

I then created another box and glued that piece to a smaller piece of plexiglass for the top of the TARDIS. This piece is what allows me to get in and out of the box. This piece also dried for 24 hours and then the tape was removed. 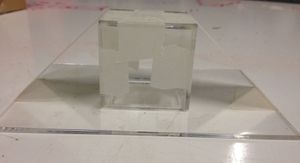 Top with Box for Light Taped Together

I then attached the hinges and latch for the top of the box. 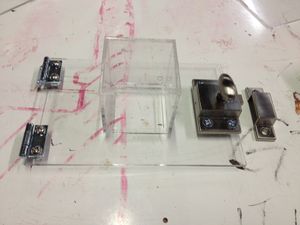 I was ready to make the TARDIS blue at this point. So I placed blue duct tape around the box. 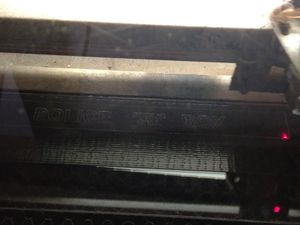 Here is the link to the Laser Cutter cutting out the "Police Public Call Box" piece.

The next step was to create the windows. I created a window template in Inkscape. I placed black duct tape on a piece of plexiglass just like I did for the "Police Public Call Box" piece. I had the Laser Cutter cut the middle pieces out. The windows looked too clean when there were finished in the Laser Cutter. The didn't look like they had traveled all of time and space. So I took a piece of sand paper and scraped up the back of the windows. This is what the final piece looks like: 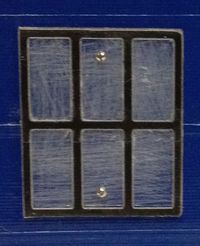 I placed 2 windows and the "Police Public Call Box" piece on the 2 sides and the front. I then screwed them into the box.

The next step was figuring out how to wear it. I sewed backpack straps to hardware loop plates. Then I attached the loop plates to the box. 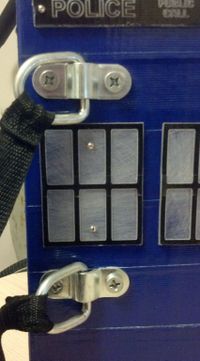 I did this to both sides of the box.

Now the backpack was finished and it was ready for Dragon*Con!!! 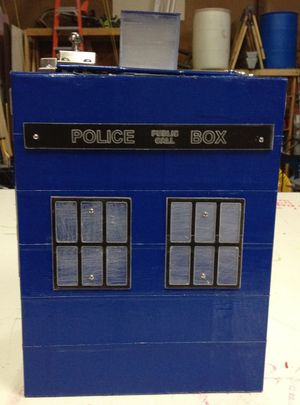 My backpack received a lot of praise at Dragon*Con!! I had a couple people tell me that I should have John Barrowman, who plays Captin Jack Harkness in Doctor Who and Torchwood, to sign the backpack since he was a guest at Dragon*Con.

Overall, this was a VERY fun build!! I hope this wiki page helps you create a TARDIS backpack of your very own!!