The USB/NFC Authentication System (1.7) is a Raspberry Pi based system that reads NFC, RFID, and USB chip data (not files on the devices) to unlock an electric deadbolt. 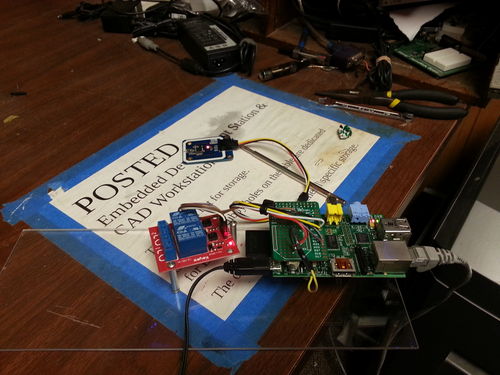 Use the following tags to enter USB and NFC id information into the LDAP interface.

Using a piece of plastic (the cut off end of a zip tie) we shimmed the card into the slot. This has firmly secured the SD card in place.